Your Vote is Important

San Francisco is one of the most stimulating and engaging places for children to grow, learn and thrive. And, our public schools are the front line in the fight for democracy, social justice and economic equality.

We are in this together! Your continued advocacy and support will help us create…

Are you registered to vote in SF? (CLICK HERE to find out!)

What you should know about voting rights…

“In 1920, the #19thAmendment granted some women the right to vote — but not all. Chinese-Americans were denied the vote until 1943. Japanese and other Asian-American didn’t receive voting rights until 1952. Although the 19th Amendment “technically” included African-American and Latina women, many African-Americans (both men and women) were still denied access to the ballot — especially in the South. Voter-suppression measures such as poll taxes, literacy tests, and grandfather clauses, were all used to prevent African-Americans from participating in electoral politics. For Latinos, if they did not speak and write English, they were refused ballots in many cities and states.
⠀⠀
Via @nmaahc “African American women continued their struggle for the right to vote into the 1960s, well after the 19th Amendment was ratified in 1920. The United States women’s suffrage movement began in the late 1800s across the nation, but largely excluded the experiences of African American women. Women such as Harriet Tubman, Sojourner Truth, Ida B. Wells, [Mary Church Terrell, Dorothy Height,] Ella Baker, and Angela Davis, would champion the progression of African American women’s right to full citizenship.”
⠀⠀
It wasn’t until the signing of the Voting Rights Act in 1965 (a battle that was won with bloody sacrifice by the Black-led Civil Rights Movement) that African-Americans and people of color were ensured the right to vote. In 1975, an extension of the Voting Rights Act was enacted to included bilingual ballots in polling places for Spanish-speaking and other non-English-speaking minorities.
⠀⠀
The battle continues today. Key parts to the Voting Rights Act were dismantled by a Republican majority Supreme Court in 2013. This has resulted in voter ID laws and gerrymandering practices targeting and disenfranchising people of color — primarily African-Americans and Latinos.
⠀⠀
Today, let us honor those who came before us and continue to fight for true equality for all. As the @womensmarch says, “None of us are equal until ALL of us are equal.” ✊?✊?✊?✊? (Photo: Registering new voters with Kamilah at the Naturalization Ceremony.)” 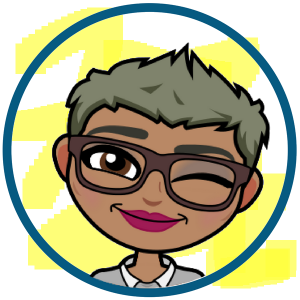